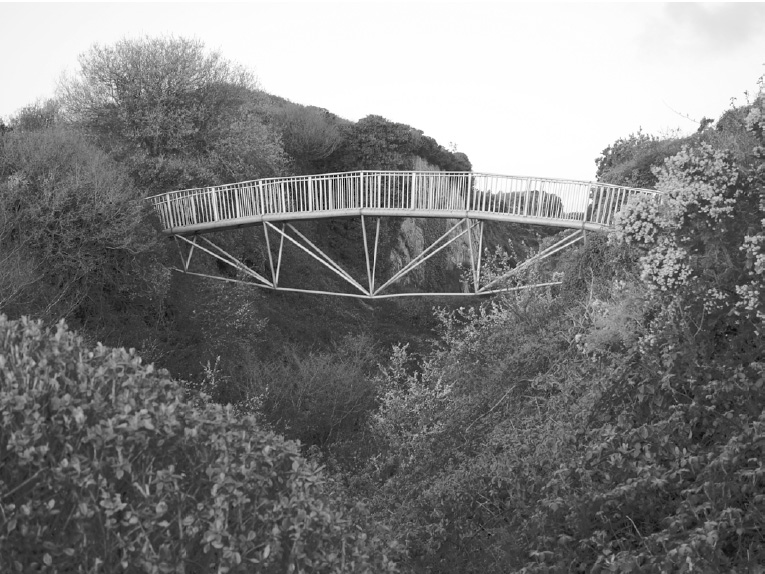 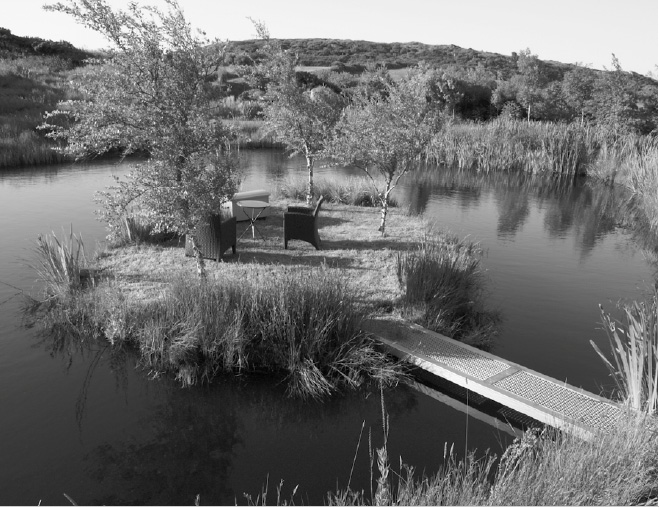 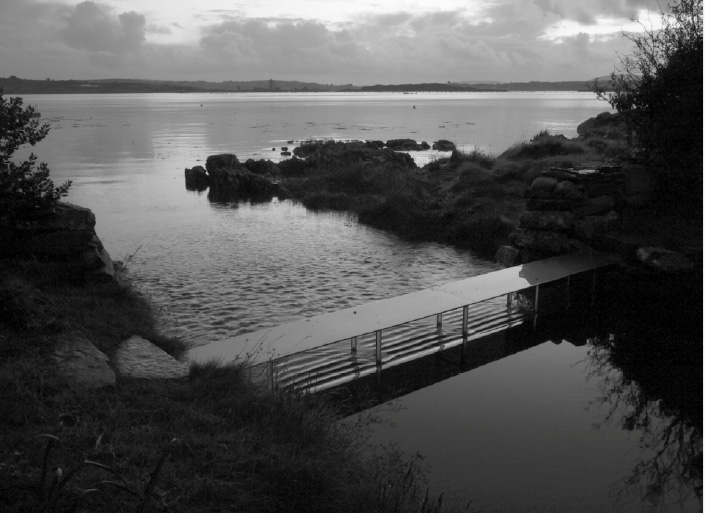 Dear Gregor, we have given the city ve bridge projects in eleven years. And we invested a good chunk of our lives into them. We were and still are convinced that only one big solution can free the Danube Canal and Schwedenplatz from a situation unworthy of this wonderful city. I thank you for your devoted work, for the countless wonderful ideas you have come up with. I thank you especially for allowing me to convince you to tackle TRIALTO LIGHT following the surprising and let us say, unconventional end to our Trialto project. Thank you for this piece, celebrated by the appointed commission of the city of Vienna; it was an impressive design, a genuine hit. This project failed to materialize because of funding, the usual reason for failure in Vienna.

I THANK you for this collaboration, grueling and exciting, but always in the spirit of friendship.
PS: The next bridge is sure to come. 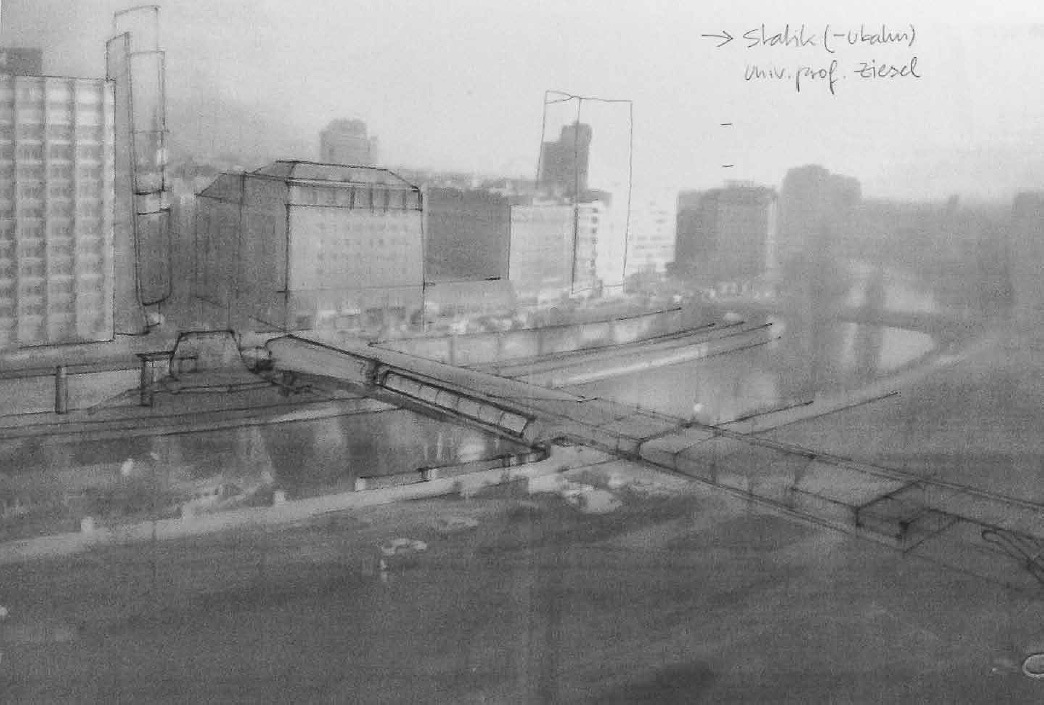 This was Gregor Eichinger’s and my first attempt to connect the two parts of the city. 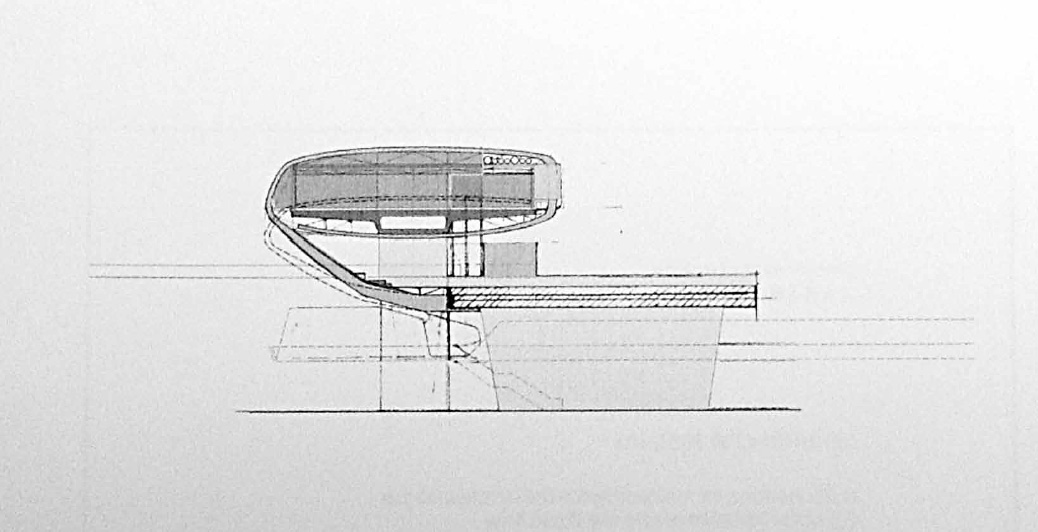 Our second attempt, supplemented by a level for shopping and restaurants 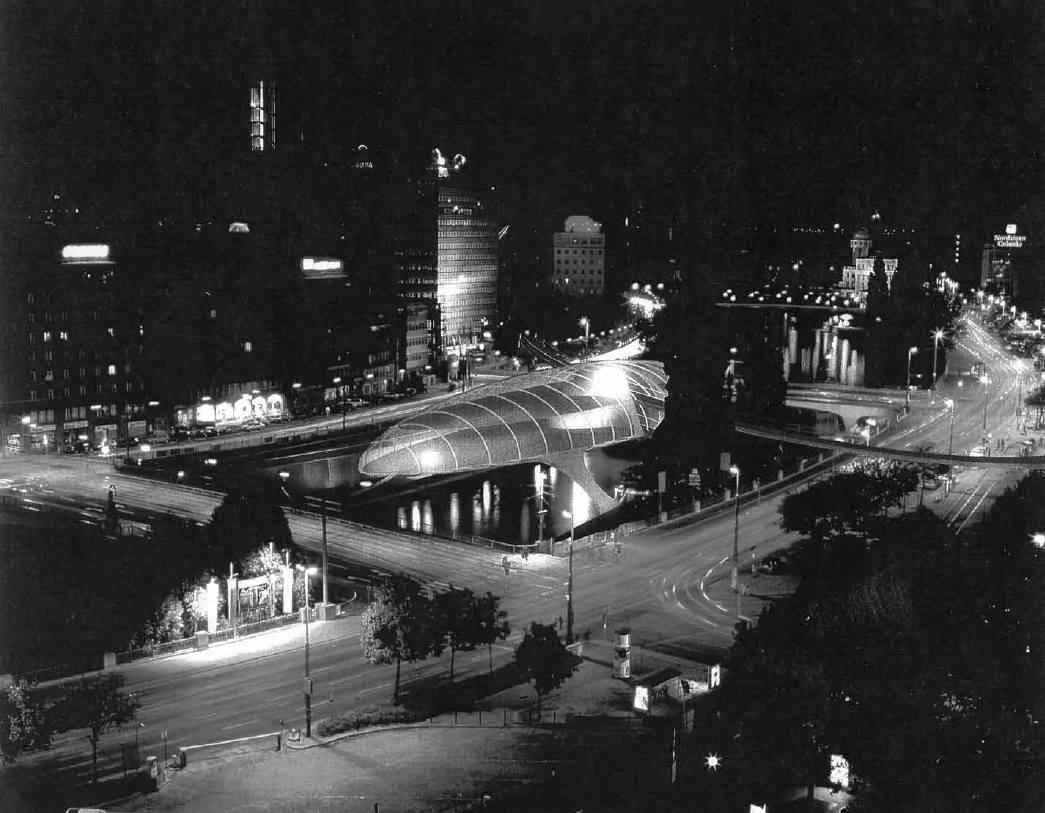 The art>terminal would render the Danube Canal at Schwedenplatz in the heart of Vienna, visible as an important hub in urban space. As the city wanted, it would connect Rotenturmstrasse with Praterstrasse.

A new bridge over the river between Marienbrücke and Schwedenbrücke would provide space not only for shops and cafés, but also for a culture>terminal where books, music, catalogs, videos, etc. would be available and all the cultural events of the city could be announced.

An ideal meeting place and information hub for locals and tourists. 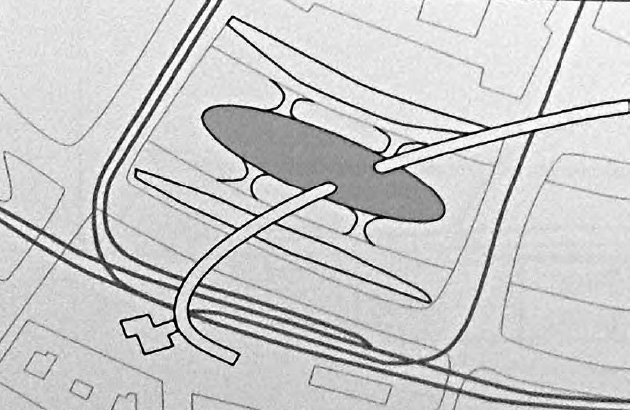 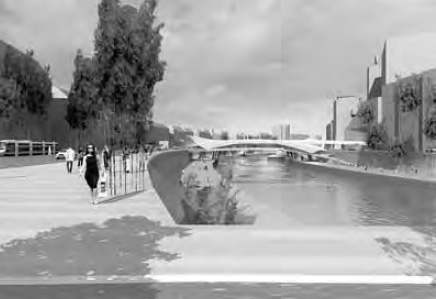 A GAIN FOR VIENNA

The Trialto Bridges connect two districts that have been separated since Roman times and in doing so serve symbolically as bridges of reconciliation. They connect and knot Vienna’s first district, Innere Stadt, to Vienna’s second district, Leopoldstadt, thereby creating, as the city desired, a main axis consisting of Rotenturmstrasse and Praterstrasse.

With their foundations, the Trialto Bridges save the city of Vienna and the federal government 530 meters of river bank rehabilitation and thus EUR 1.5 million.

The Trialto Bridges are loved by all the media and by 80% of all Viennese.

An investor was found who understood the idea, the excellent architectural design and the uniqueness of the project as a prerequisite for success and a guarantee of sustainability.

A GAIN FOR THE VIENNESE

The Trialto Bridges project includes the construction of changing booths with lockers and showers along the river bank.
The Trialto Bridges span more than 100 meters of the 10 kilometer long river bank. With 60% of the space roofed over, the project allows a well-equipped and well-lit event dome to be built as a venue for cultural events, evening advent markets, waltzing etc.

The dark and gloomy canal is lit up above and below the water level in the area around Trialto, bringing it to life even at night.

These infrastructure measures are a EUR 17 million gift to the Viennese. 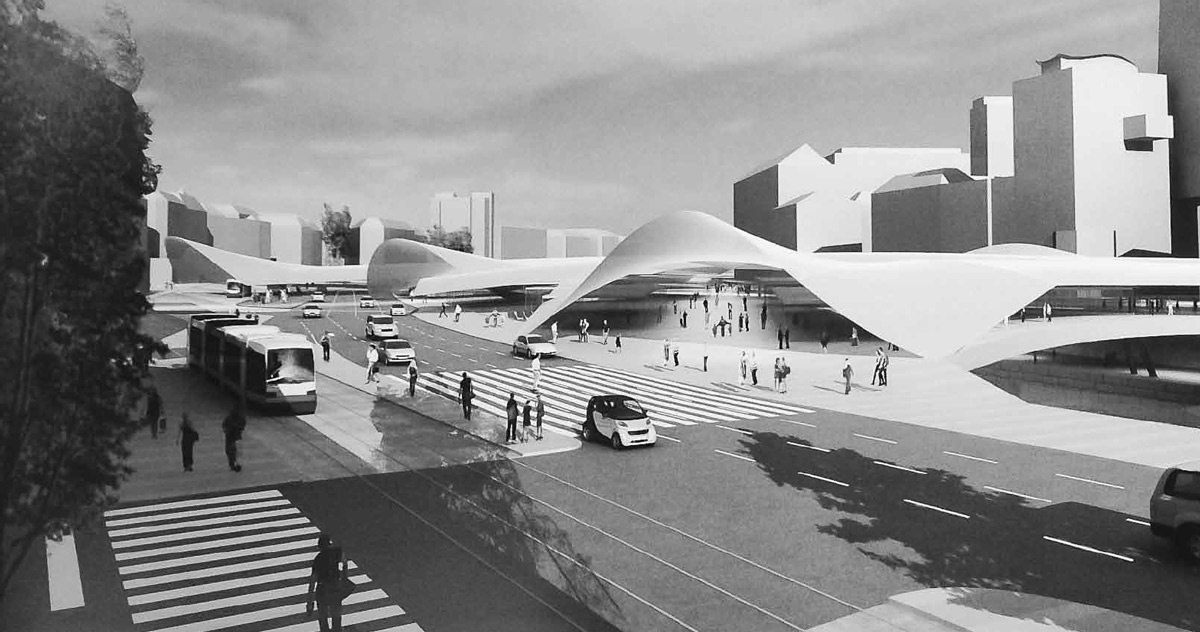 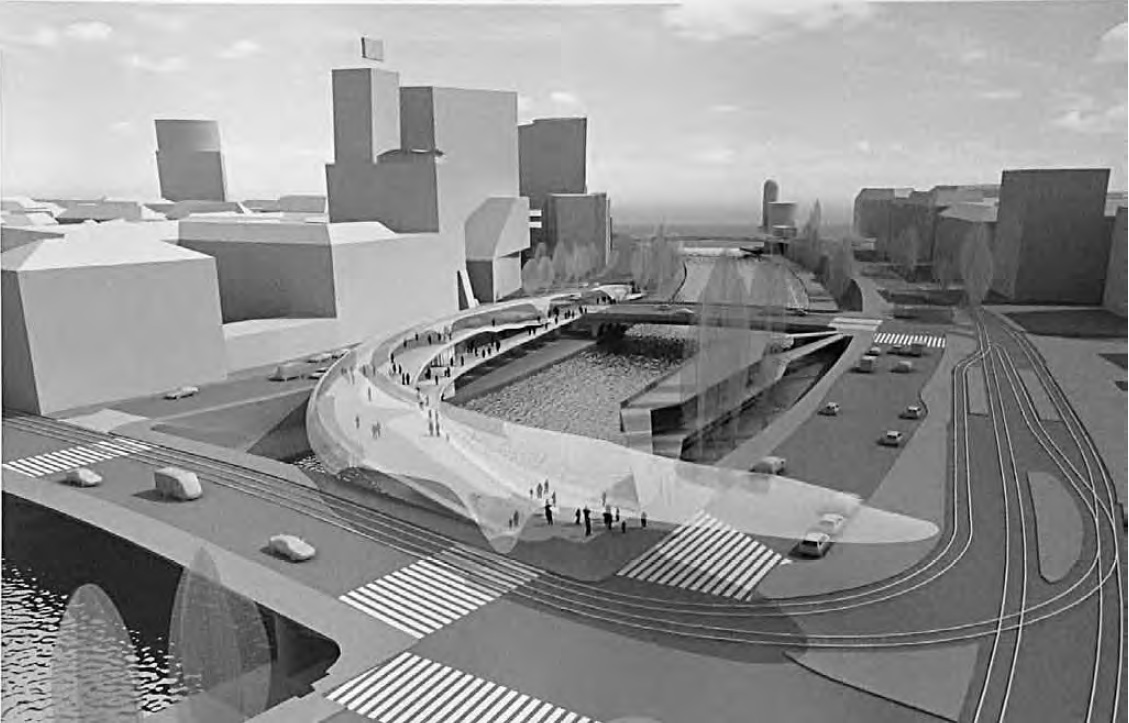 When the Twin City landing stage was approved for construction, the city asked that we submit a reduced version of the Trialto project. Despite a radical reduction, the following conditions were to be met:

1. Create a sun deck level over the water for recreation and strolling.
2. Create a tra c level with time terminal, shops and restaurants (active day and night).
3. Incorporate a roofed-over level for year round use.
4. Install a long at ramp and an elevator as entryways to the bank along the Danube Canal.
5. Use the base of the ramp for infrastructure, WC, shower, changing space, etc. 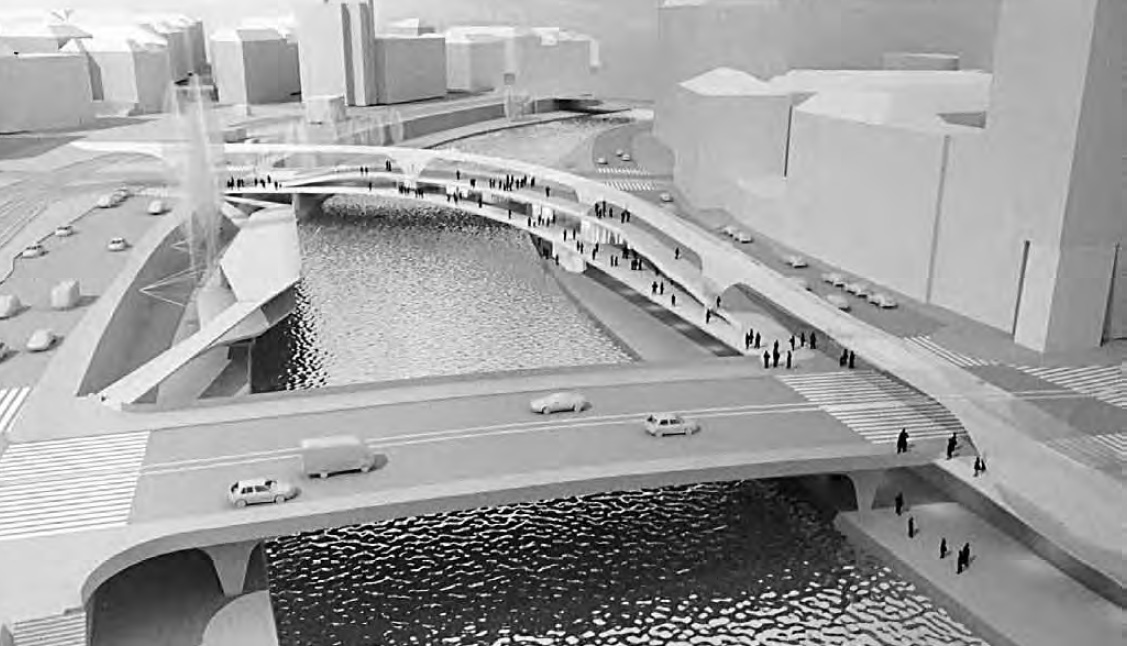